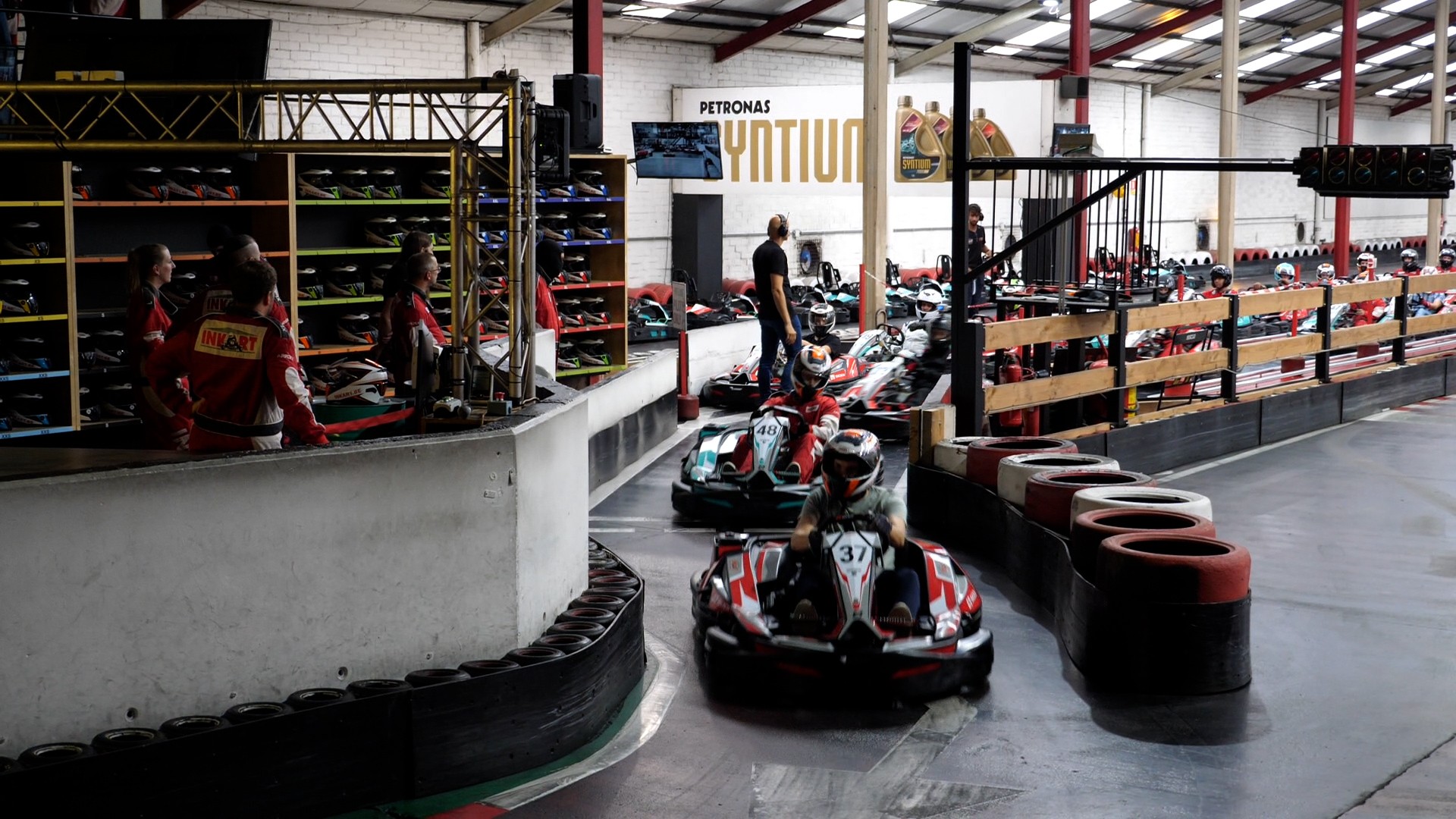 Monday the 5th of September the annual ICT inkart trophy was held in Puurs. Three teams of b.ignited were present to compete against 30 teams in total. Afterwards there was a delicious BBQ to celebrate the successes on the track. Unfortunately, the weather gods were not as kind to us as they were previous years, and the race was regularly paused due to thunderstorms. 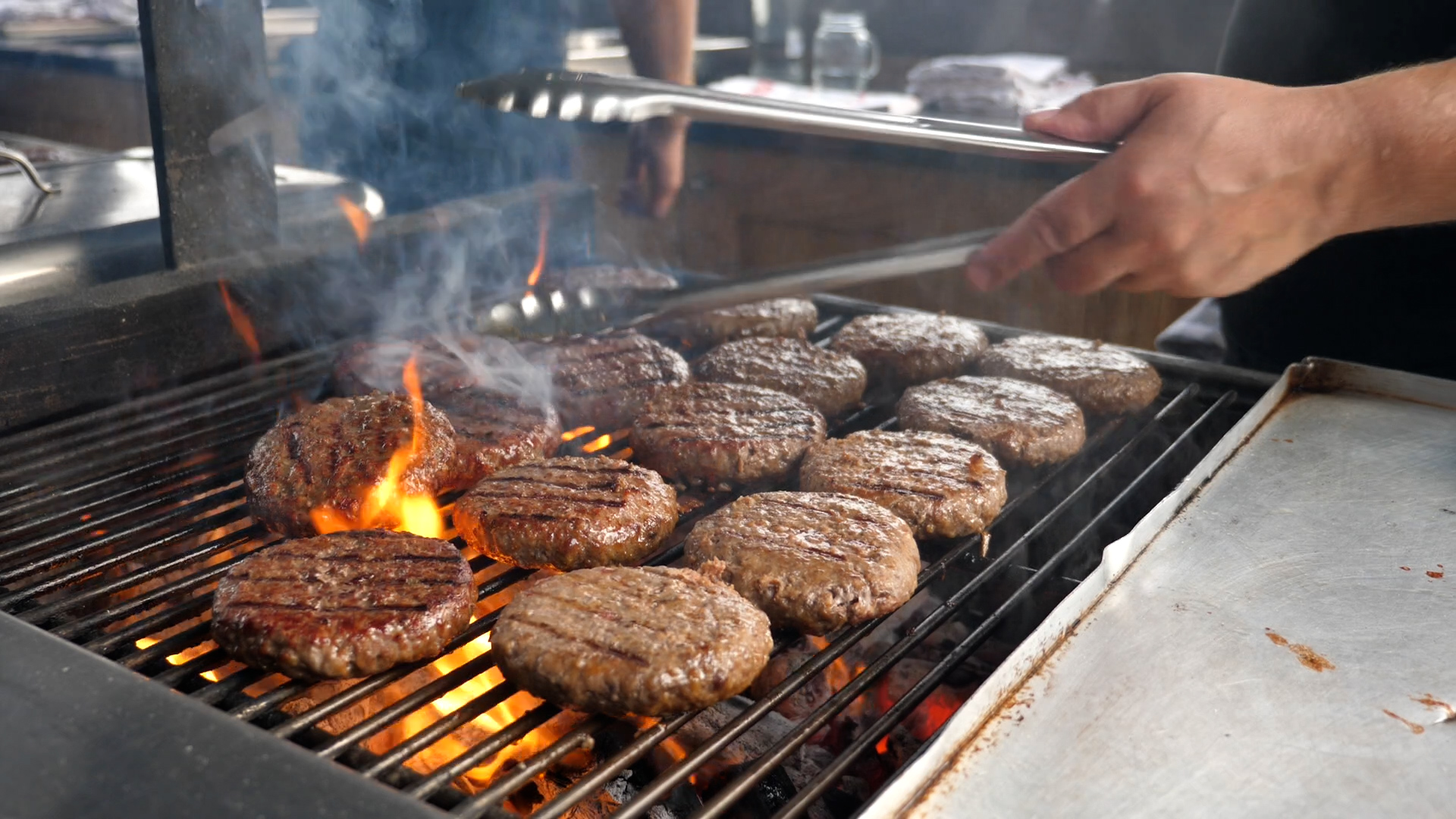 To start the race, it’s important that some pilots do some test rounds, and as a Test Automation company, we love testing of course 😉. So, three of our Pilots drove 20 minutes for the qualification rounds. Just before the start, a thunderstorm spoiled the start and the organization decided to pause the race and drive some extra easy rounds so the pilots could get used to the wet pavement.

After several practice rounds, the qualification race could start, and the racers could drive for 20 minutes to place them for the official start. Our 2nd team started in 10th place, followed by our 1st team starting in eleventh place. With a minor delay on the road, our third team could start at spot 17.

The karts were placed in the right order and after a 10-minute break the race began. It started with a struggle for a lot of the pilots, because of the wet surface. Everyone was back at full throttle soon as the road was starting to dry up.

After half an hour of racing, a new heavy thunderstorm suddenly appeared. The organization decided to neutralize the race and all karts were brought back inside. When it stopped raining, they dried the track, and the race was back on. However, the surface was still pretty wet, and lots of pilots struggled to find the best way to drive their karts without skidding too much. This also affected the b.ignited teams and we ended up losing some positions. 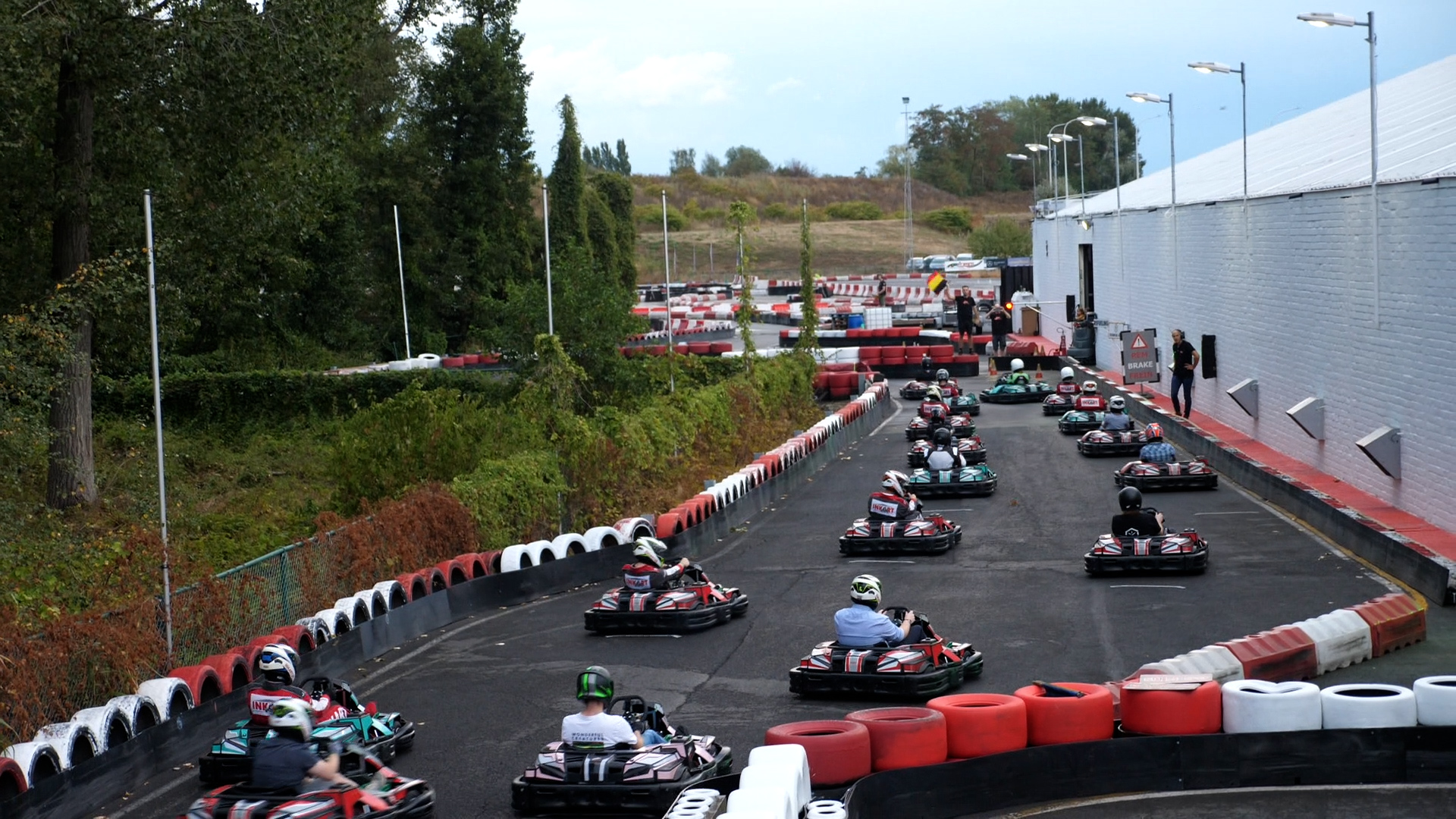 Thunderstorm or not, fun was had and the Fair Play Cup was ours

All the rain couldn’t spoil our fun, because at b.ignited we participated to have fun and to be together with our colleagues. Even the fact that we battled with 3 teams agains eachother didn’t stop us, us still giving each other advice on how to drive on the bad surface.

With an hour to go on the clock, a new thunderstorm paused the race for 10 minutes, but after that everyone could race ‘smoothly’. Ending the race with 17th place for the highest ranked b.ignited team. So, during the end ceremony we didn’t expect to win something. but we did get the Fair Play Trophy, a nice confirmation that we are a sympathetic bunch. 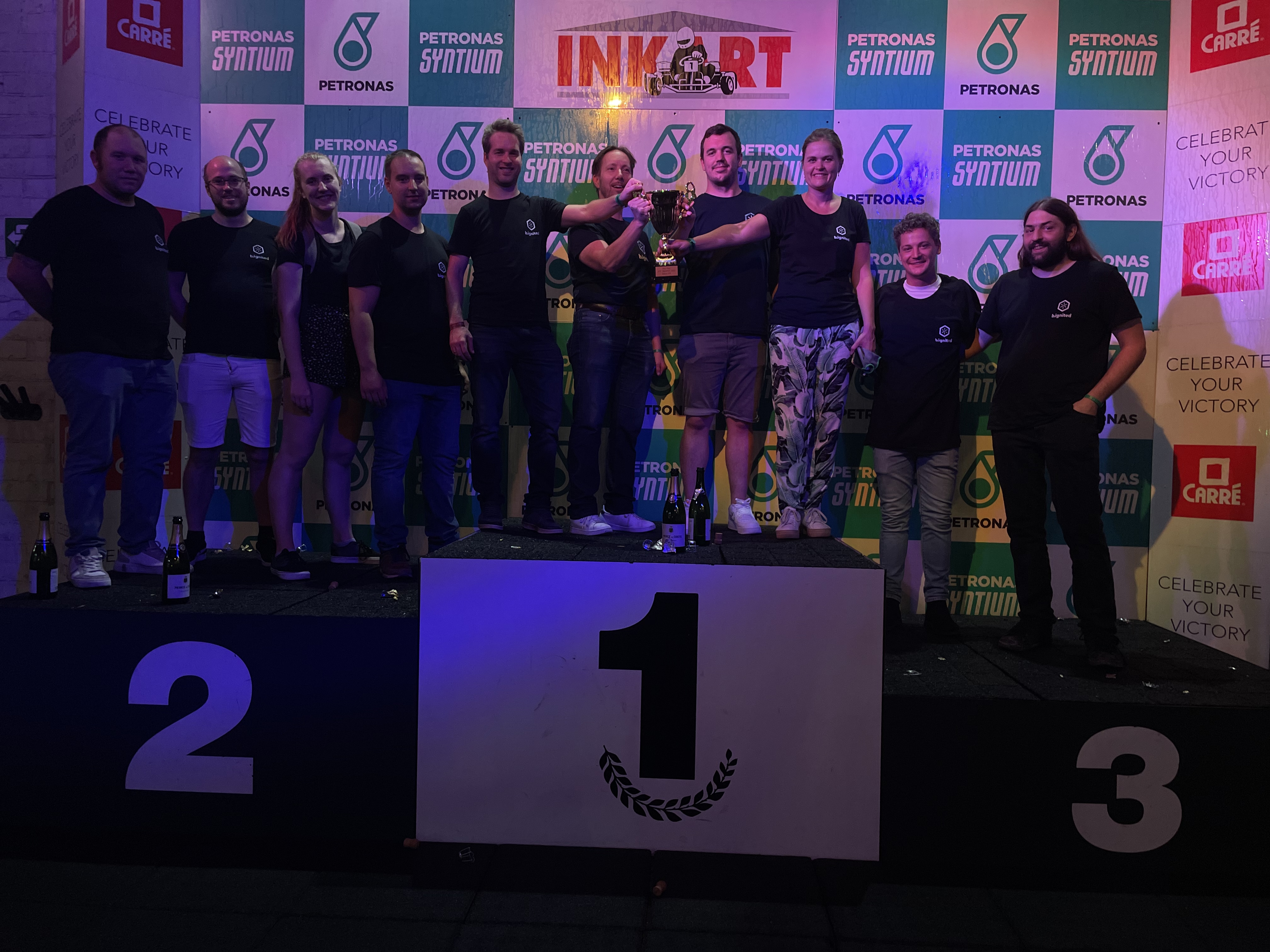 Want to Kart in our team? Feel free to come and join us on one of our Karting adventures and look at our open vacancies to join this sympathetic bunch of people.